Roystonhill Community Hub officially opened its doors in November 2019, after receiving funding which came primarily from the National Lottery Community Fund. It is owned and managed by Spire View Housing Association for the benefit of the Royston community and beyond.

Originally, Spire View Housing Association carried out a feasibility study. This was funded by Spire View, Investing Ideas, the Lottery Fund and Glasgow Housing Association (GHA). Around 95% of the community thought that the area needed a community hall. Through the study they identified 14 sites that could be used as a community hall, however, the rainbow hall, an old church hall in Royston owned by the Church of Scotland was eventually chosen as the home of what is now known as Roystonhill Community Hub. 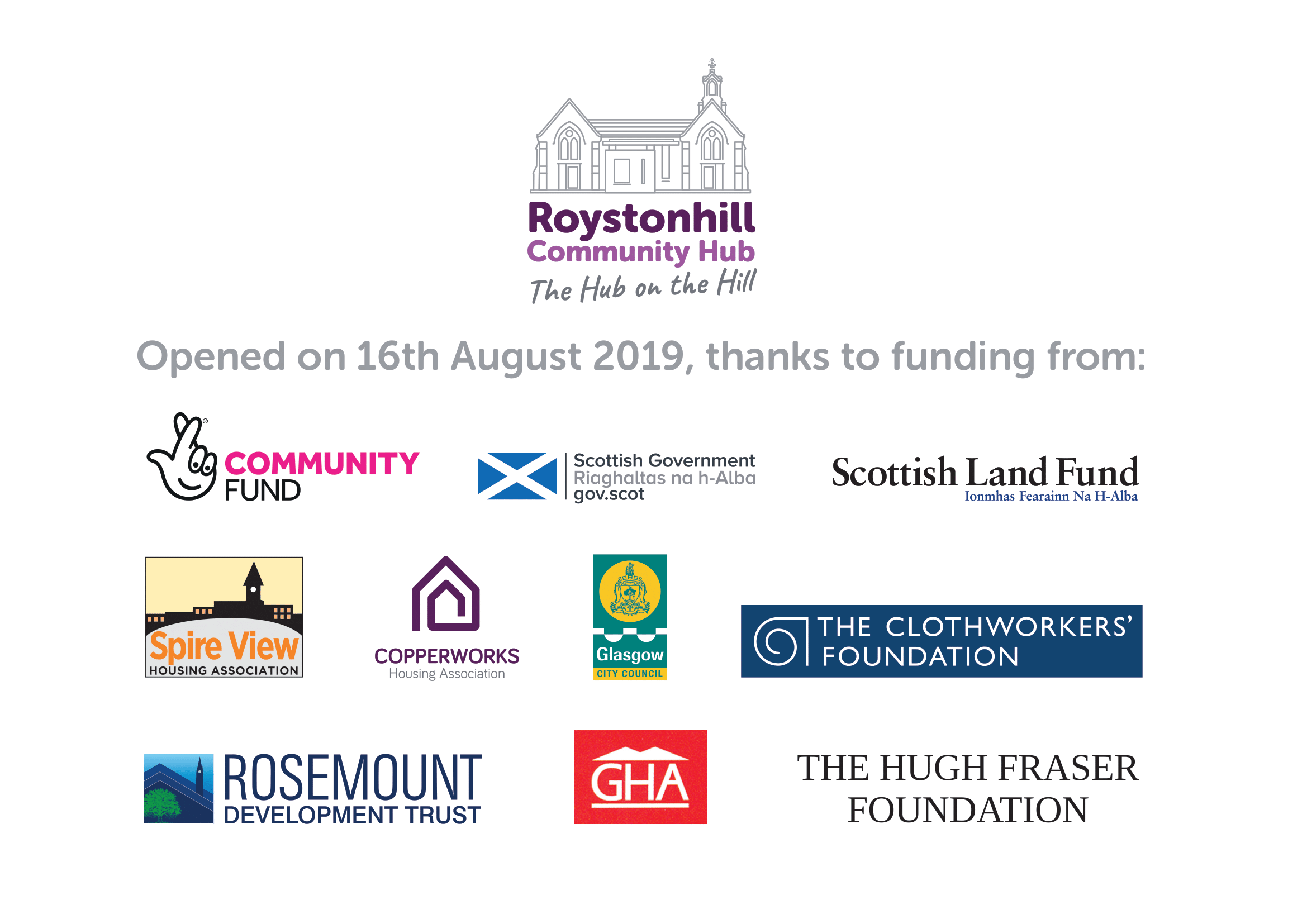 Roystonhill Community Hub was the first urban project The Scottish Land Fund funded, giving £40,000. Planning wanted Spire View to preserve the unique old façade of the building. That had significant cost implications, but the Lottery were able to help with additional funding. At the same time Spire View were speaking to development and regeneration services at Glasgow City Council. They were awarded £1m for capital works and another £98,000 for the revenue for four and a half years – from the National Lottery. The project received an additional £575,000 from the Scottish Government Regeneration Capital Grant Fund.